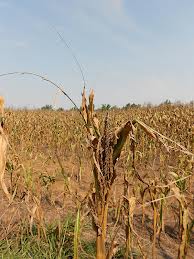 Lester Brown, a former US government plant scientist and  founder of the Earth Institute, Washington, says many countries, including France, Germany and the UK may not be able to increase food production because many staple crops are close to their physiological growing limits. In an interview by Guardian journalist John Vidal, published on 8 July 2013, Brown points out the threat to global food security this may pose.

“In France, Germany, and the United Kingdom, the three leading wheat producers in western Europe, there has been little rise in yields for over 10 years. Other countries will soon be hitting their limits for grain yields. Agriculturally advanced countries are hitting natural limits that were not widely anticipated,” Brown points out.

“Rice yields in Japan have not increased for 17 years. In both Japan and South Korea, yields have plateaued at just under five tons per hectare. China’s rice yields are now closely approaching those of Japan and may also soon plateau,” he said.

After decades of constantly rising grain yields, governments have not understood the significance of the plateauing of yields and the fact that it will become much harder to feed the extra three billion people expected to be alive by 2050, said Brown.

According to Brown, who helped India double its harvests in the 1970s, rising grain yields have been the key to keeping world food supplies in line with population growth. “We are hitting the glass ceiling. The levelling off of wheat yields is very real. It’s not a great problem in Europe but in China and India it will be. India is adding 18 million people a year to its population.”

The British scientist Stuart Knight, director of crops and agronomy at the National Institute of Agricultural Botany, backs Brown’s analysis. “It is worrying. Crop yields are plateauing across the board in Britain,” ,  “In the mid-1990s we were not worried but suddenly food security is on the agenda. Wheat yields tripled in Britain between 1950 and 1990 but now we are running to stand still.”

Britain, he said, will start collaborating with other European countries including Sweden to investigate why yields are not improving. “Crops do have physiological limits but we think we are a long way from that. There is no one reason but we think the genetic pool needs to be refreshed for [crops such as] wheat, but there is no single factor,” said Knight.

Yields depend on the amount of sunlight that plants get, the water and fertiliser they receive, and the seeds. But, says Brown, traditional plant breeders have pushed genetic potential close to the physiological limits, leaving farmers with limited options to grow more.

“Grain yield per hectare, like any biological growth process, cannot continue rising indefinitely. It has its limits. Once we remove nutrient constraints by applying fertiliser and we remove soil moisture constraints by irrigating, then it is the potential of photosynthesis and local climate that limits crop yields,” he said.

“Scarcity is now the problem. We have real constraints in water, soil erosion and yields all coming on top of climate change. It is a convergence that we have never faced before.”

The best long-term hope of increasing yields, say many governments, is dramatic advances in genetic modification. The UK government, The Bill & Melinda Gates Foundation, and the International Rice Research Institute (Irri) based in the Philippines have put more than $20m into trying to engineer more efficient photosynthesis in rice to increase production. However, progress has been slow and there is no likelihood of a breakthrough for many years.

One such stated GM goal is to  ‘supercharge’ rice by giving it a more efficient way to photosynthesise – or convert sunlight to grain – by using “C4″ photosynthesis found in other plants such as corn, which could result in up to 50% higher production, all while using less water and nutrients,” said an Irri spokeswoman in Manila. “It is long-term visionary research that could fundamentally change global rice production.”

Another GM target is to produce a type of maize with nitrogen fixing abilities found on the roots of legumes. This also many years away. Unfortunately, in the real world, GM technology has not so far been able to increase yields significantly, instead it has only managed to increase greatly the use of glyphosate herbicide on large monocultures, having many detrimental effects on biodiversity, human health and soil quality, particularly in South America where GM soy plantations for livestock feed has been the predominant driver for deforestation and other land use change in Argentina and elsewhere. Every year, approximately 720 million tonnes of such GM soy is imported to EU countries including the UK, for use as livestock feed.

This entry was posted in Uncategorized. Bookmark the permalink.